A preview to golf tour 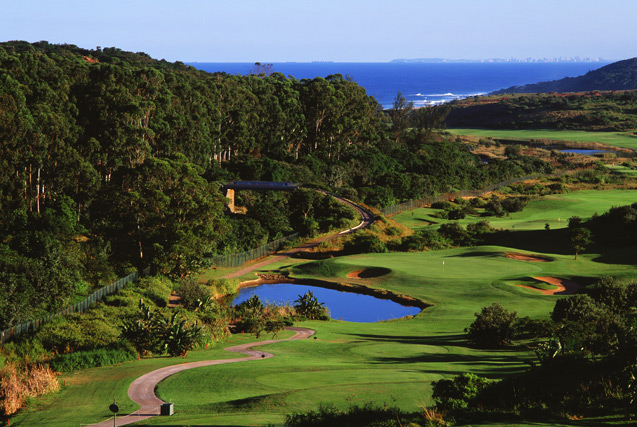 A preview to golf tour

The end of October marks the end of the SOS playing season and onwards to the annual SOS pilgrimage. This year marks the first year which SOS will grace a coastal region and as such will bring in a host of new adventures. A number of locations were thrown into the hat early on in the year (namely; Durban North Coast, Zebula/Elements, Drakensburg) some even opted for Thailand. To be honest I was quite surprised that there was no-one keen to re-live the successful tour of 2014 to our very only inland “coastal” resort at the Vaal dam. After all, who can complain when you don’t even have to pay for the bed which got broken (read: squashed).

After much master-debating, the votes were cast and tallied up and we had our winner: Durban North Coast it was. So with all the fanfare of the first coastal SOS tour, the obvious question is what lies ahead for this year’s tour:

The trip down (flying and early morning booze)

Given the locations of the prior SOS tours (1st year- Zebula, 2nd year – Elements, 3rd year – Vaal dam) only a short drive/roadtrip was required. Now don’t get me wrong, everybody loves a good roadtrip with all your mates in the car listening to some good tunes, a couple sneaky beers (except for the guy that pulled the short straw and has to drive) and just a general good vibe about a couple days away with mates playing shit golf, re-living the memories from the previous tours and creating plenty new unforgettable experiences (which will hopefully keep us coming back for years to come). But having all the lads on a couple flights together is awesome. The customary check-in of an hour before your flight means that most of the SOS group will be at OR Tambo between 5 and 5:30 on the Thursday morning and the hype will just grow from there. We will also have the priveledge of officially starting tour will a beer at our Keg’s brother, the Keg and Aviator (provided they are open).

The other positive for those that are flying down for the weekend, is that the flight home on the Sunday will be most welcomed over the drive back to Joburg, especially after the debaucherous year-end fine session to be held on Saturday night.

The benefit of a tour that is further away from the home of SOS (read: Keg and Beagle) means that the tour is all-or-nothing affair. So there will be no-one dropping in to win a round and then ninja bomb out before they get their customary fines. Tour is about the whole experience and not just the golf, so having all the lads there from day all the way through to the Sunday just makes the tour that more memorable.

This time honoured tradition all started back during the booking of the inaugural golf tour. We chatted for weeks deciding on what were the dates which the 2012 tour would take place and once we had finalised the tour and the booking, along came Mr. Greensill and Chip a couple weeks later to request the tour to be moved as they had now bought tickets to the Lady Gaga concert. To be fair, at least Gazza told us that the tickets were bought by his missus who insisted that he had to go to the concert with her or at least that’s what he has lead us to believe because after having witnessed Gazza break it down on the dance floor at a couple weddings, I wouldn’t be surprised if he dragged the missus to the concert. Chip on the other hand was on the prowl for a gay single man so that he could “Poke-his face” because hey, he was “Born that way”. And so the Lady Gaga dance was born and has now become the timed honoured tradition for any members on their first ever tour. To the new lads that have joined the SOS and will be embarking on their first tour this year, firstly welcome to the SOS tour and secondly good luck for your show. One thing which was dearly missed in last year’s tour was a pool to have a dip in after a long hard and sweltering day on the golf course. To be fair, we only had a pool in the second SOS tour to Elements but it was lekker having a couple pots while everyone was sitting around or standing in the pool with some banter between the lads. For this year’s tour, we have a beach (unfortunately the beach will not have any girls in TQ’s age bracket of 10 – based on his rule of half his age less seven). The beach is an incredible thing, put a person on the beach on their own and they’ll generally get fairly bored within 15 minutes, but put them there with all the lads and the day is just not long enough. There are plenty of things to keep us entertained on the beach from just having a couple goofs, playing with a waboba as well as some of the old-school games of one bounce (better known as P-O-E-S), gaining grounds and touch rugby. This really will provide a new element to the great SOS tour memories that we’ve already got.

Having had the opportunity to stay at the IFA Zimabli hotel, I can ensure that the Zimbali resort really is incredible. The resort is littered with restaurants, beach bars, pools and of course it’s very own private beach. Now, although we will be spending a fair amount of time on the golf course, I’m sure that the SOS group will get there fair usage of these facilities. The pictures below provide an overview of the resort as well as some photos of some of the amenities which I have no doubt will be visited during our stay:

Map of the Zimbali Resort: Some of the Amenities: Grass on the fairways

I’ve put this one last but it certainly is one of the most important. I had the list of the benefits/positives drawn up for this tour some time ago which included the benefit of having grass on the fairway. But I couldn’t have asked for better timing, thanks to Nick and Denzel, they confirmed my expectations with regards to the condition of the courses which were played in the first two SOS tours. When SOS visited Elements in 2013, the Zebula, Elements and Euphoria courses where already looking extremely dry and there hasn’t been much rain to speak of since then. Due the fact that 2015 has been one of the hottest years in South Africa as well as the vast water shortages we are experiencing around the country, it doesn’t take long for golf courses to take a beating (especially in Limpopo) and the end result is a gold course which little to no grass left on their fairways. Although the coast has also had little rain to speak about and it is was highlighted in the news the other day that they have roughly 12 days of water before the taps dry out, the humidity on the KZN coast means that the golf courses at the coast are a little more robust to extremely hot and dry conditions. So, although the weather forecast for next week according to some websites indicates some rain may be on its way, be glad that at least it if rains you’ll be able to hit your ball off the short stuff rather than spending the entire day in “bunker-y” conditions.

With tour fast approaching, the excitement has started to build. The teams have been drawn, the strategies compiled and all that awaits is the start of tour.

I think I can speak on behalf of the entire SOS tour group (except maybe Brett as I am still unable to translate his dialect) when I say that this year’s tour has the potential to be the best yet.

50 courses worth playing in South Africa

An Ode to SOS